People have been telling me about glasses at Costco for a while, but I felt like this time I wanted to spoil myself with a designer pair.  I only have had one pair, and I got them from Walmart, believe it or not!  But I am not much a "Oh I have to have designers" type of anything, this is pretty much the only thing I wanted to splurge on, designer wise, especially cuz they aren't that much more expensive than other brands.  So anyway, first you make an optometrist appointment, unless you have a prescription.  My eyes had gotten a lot worse than several years ago! I used to be 19/20 and now one eye is 40/20 and the other 30/20 :(  Still, a lot better than others but surprising that I've dealt with that this long!

It took my forever to pick out a pair of glasses, and I started not to care about the brands so much.  I knew I wanted one rimmed pair and one that has the rim on the top only.  Then, I saw Red Escada ones and immediately knew I wanted red, and the other brown.  The Escada ones were the most expensive, being $120, and the brown ones I found were "Apple Bottoms," which I wasn't excited about by any means, but I loved the frames and you can barely see it says it, AND they were only $50!

Instead of blabbing about this, I'll get to the point.  The lenses ended up being $80 each pair, so it made me hesitant about spending the $120, but I went for it because they are funky and different AND it was buy get the next fame 50% off, which made the others $25.

Moral of the story, Costco has designer frames for cheap, and cheaper than Hour Eyes!  the only downside, it took like 5-7 business days to get them. 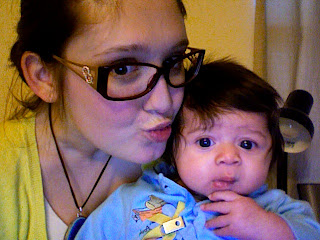 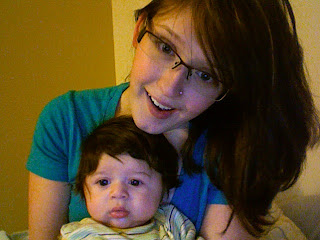