How was your weekend?  Mine was alright, nothing spectacular.  Wasn't as productive as it could have been, but I actually got up early yesterday, for once.  I really need to work on that.

One plus to my weekend, I finally got me some Toms.  I have been wanting the red ones forever, like literally, more than a year.  I just never felt like coughing up the $40 somethin bucks, I guess.  I don't know why I never got them.  Anyhow, I put mine on hold and walked over to the kids section, and was pleasantly surprised when I saw kids Toms!  Dev's little feet have grown, and he was in need of some new slip ones besides his crocs.  He has cute little vans that I love, but they are almost too small. 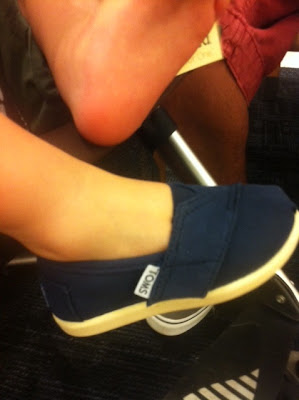 Aren't they so sweet?  It was the only color they had, but I loved them.  I was told they were $20, but they were actually like $28, and I was disappointed and almost didn't get them.  But, I couldn't really resist. 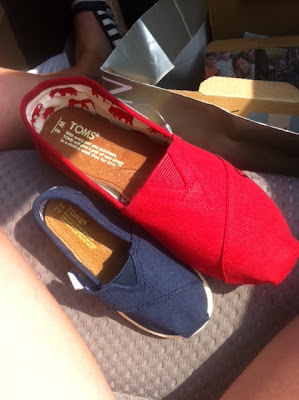 Plus, I love when Dev and I have a similar look going on at the same time.  . Also, the best part is, kinda like warby parker, every pair of Toms bought, a free pair goes out to a child in need.  Awesome!


And now I leave you with yesterday's outfit followed by a couple family pics, courtesy of Dev. 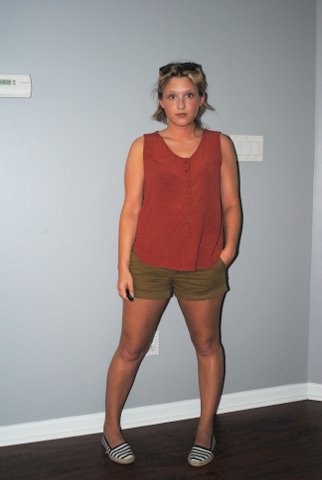 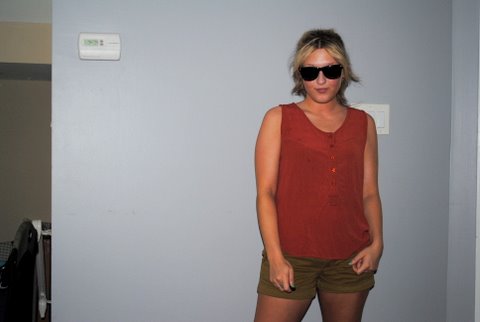 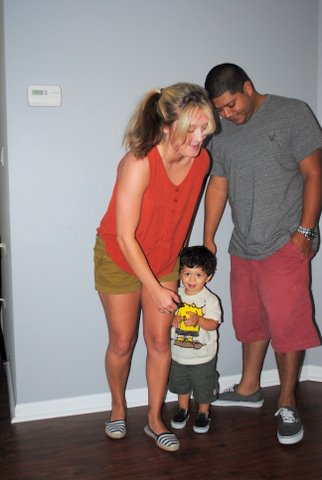 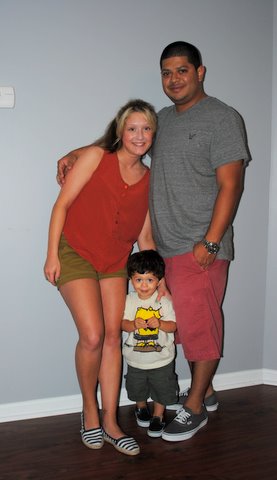 Hope you have a great week!  Stay cool in this crazy heat.
Posted by Mina at 9:45 AM