I apologize I do not have any outfit shots for my lil wayne concert experience.  I was wearing a navy blue shirt with several buttons unbuttoned for a sexier effect, I was also wearing black ankle pants, and my gray faux snake skin sandals.

Now, before I lose any credibility for attending a lil wayne concert, I gotta let you know, he is an amazing performer, I had no idea!  The crowd was such a vast mix of people, there were even your typical, mid 30, middle class professionals.  There were also unfortunate skank 15 year olds wearing shirts as dresses, and moms who brought their 8 year old sons. Uhhhhhhhhhh...

Regardless, he played a wide variety of awesome songs, and did I mention Rick Ross opened for him?  It was great.  Oh, and Wale (a DC local that's blowing up) stepped on stage as well.  One of my favorite parts about the concert, was waynes reminders to the audience, words he both began the concert with, and ended it with as well:

I thought it was sweet.


Last, I will leave with what he was wearing for most of the concert.  A white shirt with pink collar and trim on the arms, khaki pants, high socks, and some shelltop adidas looking shoes.  It was super cute!  He must have been wearing it when he "ripped it up at the skatepark," (as he tweeted) right before the concert. 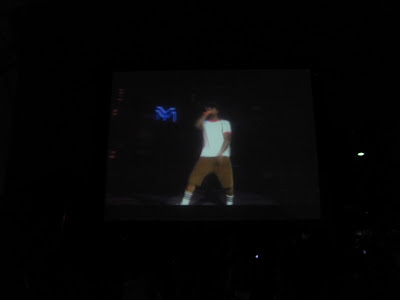 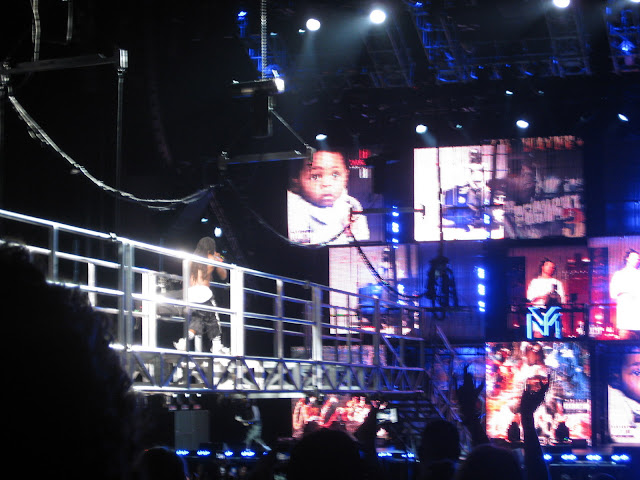 (he got super close to us at one point!)
One thing's for sure, no matter how much you may dislike wayne, find him unattractive, think he may sound annoying, etc., he does posses an amazing amount of swagger that just makes you somehow swoon (or something?) in his presence.
Holla.
Posted by Mina at 9:49 PM