What do you do when you have a bbq, and a ton of grilled chicken left?  After eating it for lunch and dinner for 3 days straight with plenty left over, I decided I better make something different and not waste it.  I worked with what I had and came up with, carribean jerk quesadilla. 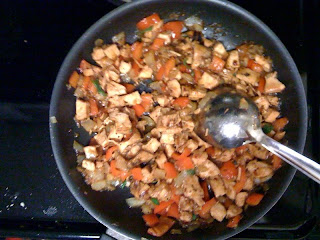 1. chop onions, spring onions, pepper, and pineapple (unless it's already in chunks) and saute
2.  meanwhile, dice your leftover chicken
3. throw in chicken, carribean jerk sauce and saute a little longer (throw a dash of pepper and chili powder too)
4.  put tortilla in a different pan, put the combo onto half of it, and if you like really spicy, dice some       jalapenos and put those on top
5.  Put on however much cheese that you'd like
6.  Fold in half, let it sit for a minute, then flip it over and let the other side crisp a little, and voila! 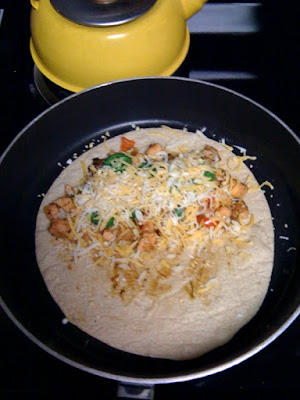 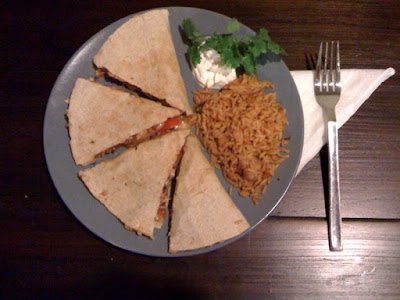 We had it with rice, sour cream, and pico de gallo.  All that was missing were the side of beans!  I hope you enjoy if you ever try this!
Posted by Mina at 10:01 PM