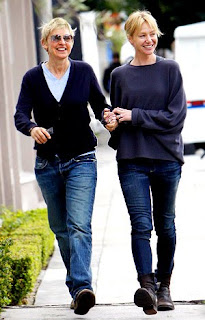 I am so happy that DC has legalized gay marriage, and Maryland acknowledges it.  I just feel being in the 21st century, everyone should have equal rights.  People don't realize how much law is involved with marriage, it's not just a certificate.  Marriage ensures insurances privileges, tax privileges, adoption privileges, among other things I probably am not even aware of.  I feel like it's not fair to base marriage off of religion, which is what people are doing by saying it should be between a man and a women.  Another thing that some people that are against it say is that same-sex couples don't stay together long, which don't even get me started on that shit because look at the divorce rate as it is in this day and society!!!!

Anyway, I feel like I don't know enough about the situation to preach quite yet, but I do know that I believe very strongly that same-sex couples should have equal rights. And I also know that I am soooo happy for the first couple that married in DC- that have been together for many, many years btw! Congrats again to same sex couples in DC who wish to get married! 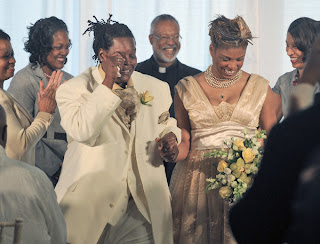