When I moved into this house last July,  the garden looked a bit different, and, well, not like a garden.  There was another tree out front, but it was half dead so we took it down. 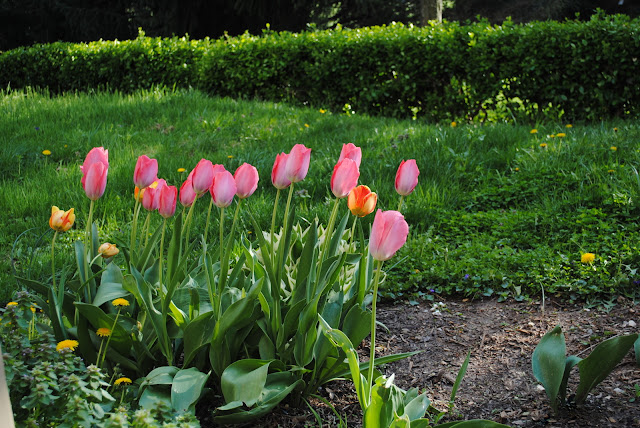 This spring, I saw some buds sprouting and thought they might be tulips, bought that it was too good to be true.  Plus, I didn't plant them or see them there the past summer so what the hell??!  Well, little did I know they are spring time flowers.  I swear flowers are amazing because I saw the tall sprouts (or whatever they're called?) and then all of a sudden, there were pink beautiful flowers all tall!  It's like they appeared over night.  First there were only pink, then there were what I thought was yellow, but had the red/pink in them- like the experiment I tried to do back in 4th grade, where I put the end of the carnation in food coloring...I guess I didn't expect cross breeding between all that dominant and recessive jaunt. 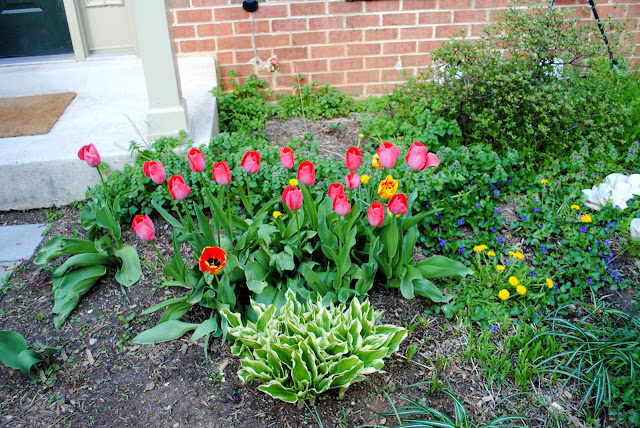 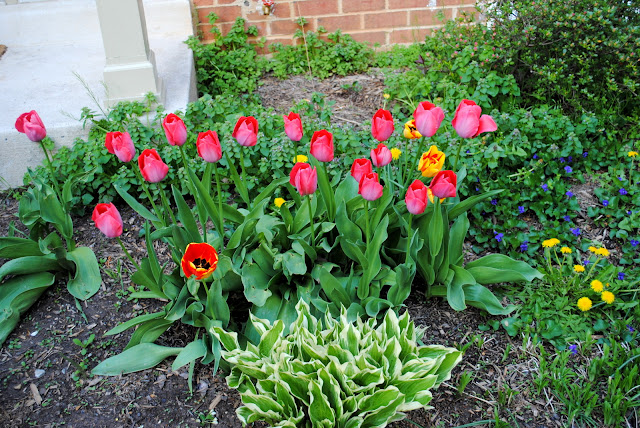 And then a few days later I notice something else sprouting in the front of the tulips.  I don't know what they are, but I think it's gorgeous!  And check out the purple tiny flowers hugging the ground.  I'm no expert, but those yellow flowers to the very right of the picture, they might get really big....(lolz)  No but for real, in the back of the pic where you see the bush, that's an azalea bush.  So all in all, I'm really excited for this garden!  But because I know nothing about flowers, I don't know how long they will last, and have a feeling it won't be as long as I'd like. 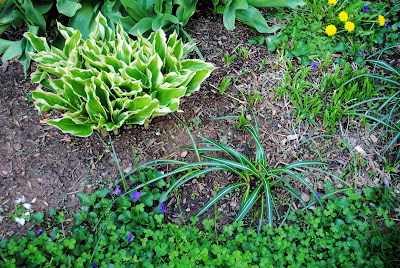 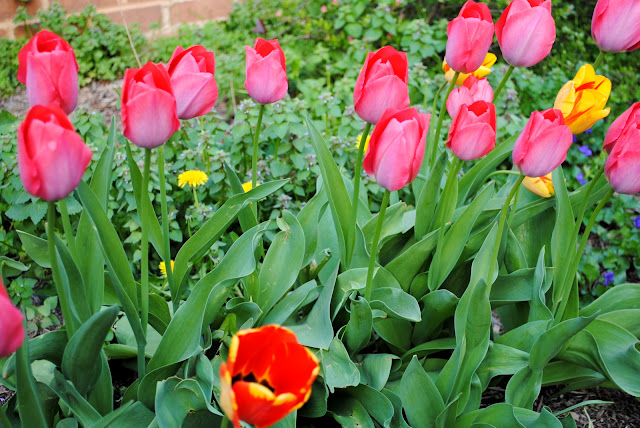 Between the grass and the dirt of the garden, that green plant is sprouting above, and it separates the grass from the garden, which is cool.  Man, I wish I had the talent of the people before me! 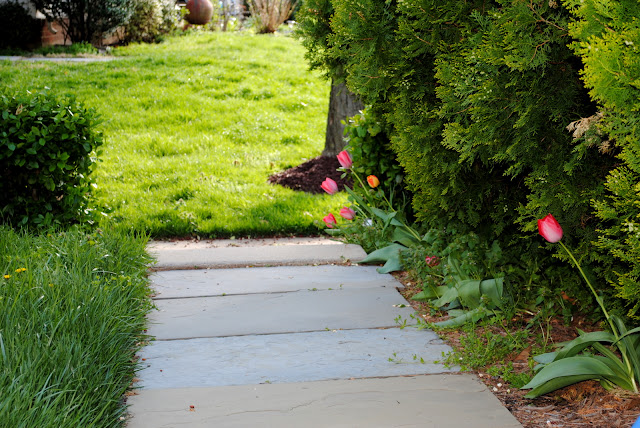 Although, I don't get the randomness of the tulips "lining" the walk way.  I still love them, and gasped at the first ones greeting me as I turn to walk up my steps.  I honestly never knew that I would enjoy flowers as much as I have been!  I feel like they are my babies.  When it was storming this weekend, I was terrified they'd get over watered or something stupid like that.  But here I am, boring you to DEATH I'm sure about my hippie love for nature.

So, moral of the story.

I really liked the pics I took.

And I really think I want to take gardening more seriously... and do something I'll truly be proud of, and love to stare at more than this half beautiful-half-weed-hot-mess of a garden that I love so much.

I know it won't be easy.  But somehow, this little garden I have so far gives me some type of hope...goodnight!
Posted by Mina at 10:04 PM